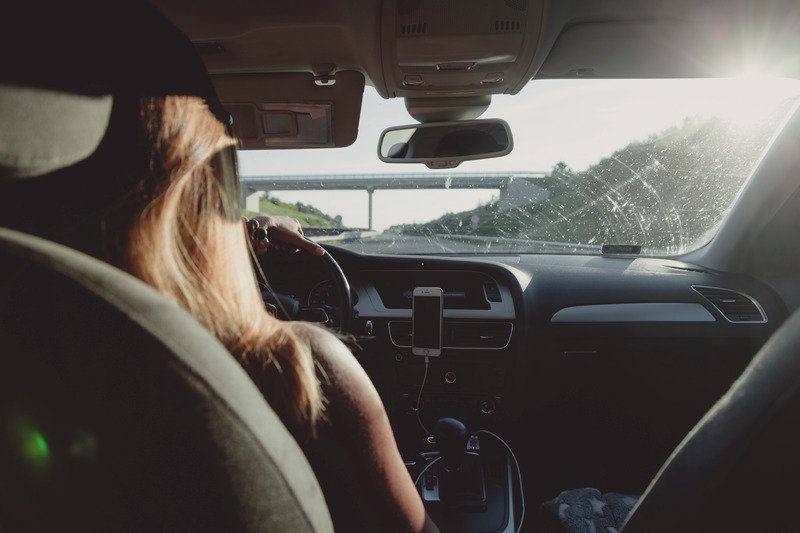 Women tend to run through different scenarios in our heads of how our day is going to go. If something doesn’t go as planned, there are probably any number of contingency plans we already thought of that can get everything back in order.

So, what’s your contingency plan if you see something or someone and your female intuition tells you something’s not right? Do you have a contingency plan in your head that tells you to take action by letting a store manager or security personnel know what you saw? Do you have the words to describe what you saw that made you uneasy? Have you thought about stopping in the middle of whatever you were doing and leaving the area? What if you have your kids with you? What if you’re with friends?

Most women are great at multi-tasking. You can juggle multiple priorities at once and keep everything moving forward. But what would you do if you realized someone was following you? What action steps would you take if you saw someone acting suspiciously?

I love watching hidden camera shows where a scenario is set up in front of unsuspecting strangers to see how they will react. It’s so easy for everyone sitting in the comfort of their own homes to judge the reactions of others in these instances. The viewer at home KNOWS it’s a fake scenario, they know what’s going to happen before the bystanders do and since it’s not them on camera, it’s easy for them to say, “I would’ve done this or that.” Instead, the unsuspecting strangers look around to see if anyone else saw what they saw. They look around to see if anyone else is going to say or do something. Their not sure what to do in that type of situation and it shows in their hesitation to take action.

Two very important lessons can be learned from these candid moments:

1. If you’ve never thought through a situation mentally, your reaction time when it does happen will be greatly delayed-if you react at all!

2. It’s easy to laugh or even make fun of the unsuspecting strangers for their delayed reactions because you KNEW what was going to happen.

As my R.A.D. self-defense instructor partner likes to say, “Your body can’t go where your mind hasn’t”. If you’ve never thought through how you would react in a threatening situation, your body won’t know what to do when it ACTUALLY happens.

Here’s a great exercise for you. Wherever you are right now-imagine you just heard a window break. What would you do? Whether you’re at home, at work or at a coffee shop-where’s your closest exit? If an exit isn’t available, are you able to barricade yourself in a hiding spot? Are there other people you need to take care of, such as small children? If you are by yourself and have no where to hide, what can you use as a weapon to defend yourself? Remember, anything can be used as a weapon. Hot coffee will burn the skin. A heavy handbag can be swung at someone’s head. A picture frame with sharp corners, a heavy frying pan, a high heel shoe, ANYTHING you have quick and easy access to can be used to defend yourself. Don’t forget your fist, knees and legs are always an option.

It might be uncomfortable to think about yourself in a threatening situation but having a mental plan on how you would react and what steps you would take in different scenarios can truly mean the difference between staying safe and being injured or even worse-killed.

The next time you read a headline about a woman being attacked, ask yourself-what would you do if you were in that situation? This is NOT victim blaming. You weren’t there so you can’t possibly know what choices the victim had and therefore you cannot pass judgement. This is simply an exercise in creating a mental model of what you would do if you ever found yourself in that situation.

When your adrenaline kicks in and you start to lose your fine-motor skills, having a mental plan and even better, muscle memory, will help you respond quicker and more efficiently to stay safe. Start practicing these mental scenarios every week and soon you will begin to notice how you pay attention to things differently and how you automatically run through different scenarios in your head on how you would react.